“Without doubt, the six-piece was the funkiest of the night, as they shook their rhythm and removed the blues from the revellers. Initially, this writer felt he crashed into the wonderment of New Orleans.” - Sheldon Ang

Let the yule tide festivities begin this year with the Bambuseae Christmas Party at Clancy’s Fish Pub Fremantle. Let the silly season settle in with warm and bright local music by The Bambuseae Rhythm Section along with other very special musical helpers. This will be no silent night indeed and you can most certainly expect dancer and prancer to be present. So crack out the eggnog and tell all your friends, St. Nick’s coming to town cuz it’s Christmas time again. Bam!

TBRS are a Retro-Futuristic PsychFunk & Cinematic Disco 6 piece hailing from Fremantle, Western Australia. With a dash of Blues Rock lyricism and attitude to boot this charismatic gang of carousers have only one thing in mind; dancing your worries into oblivion.

Armed with their motto "The People Must Dance” this energetic act is true to their word. Stirring up the local music scene with their upbeat and memorable live shows.

The Bambuseae Rhythm Section's musical line-up is on top of the musical game. Consisting of guitars, vocals, keys, violin, trumpet, bass and drums, each of the band's members hold their own musical accolades within the Western Australian and Australian music scene.

Be prepared to sweat out your demons. 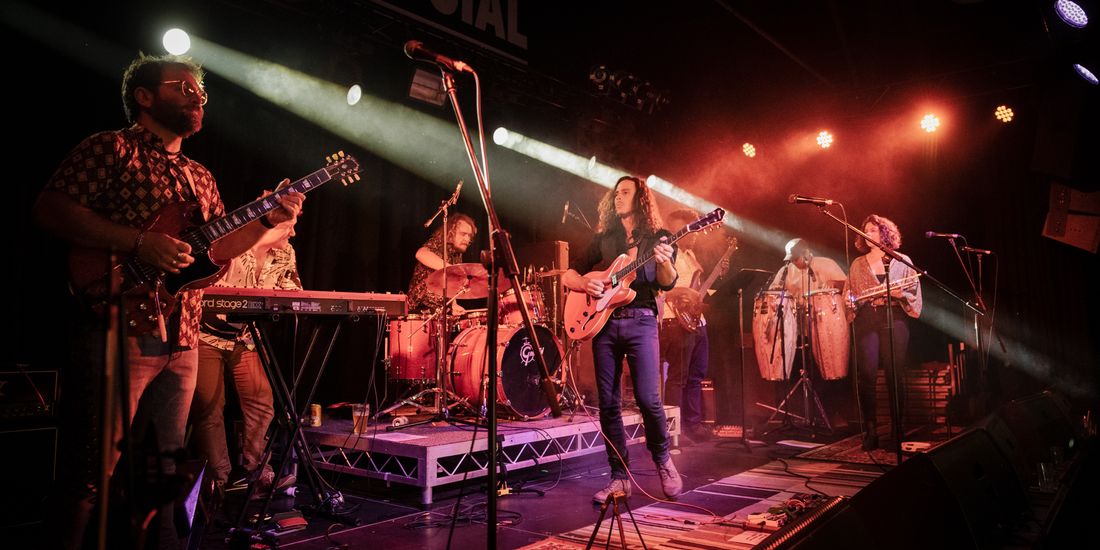